Join D Home and Taylors for an enlightening conversation on how designers can strategically get their work published in all variations of media.

Hear from industry greats about the dos and don’ts for publishing criteria, practical methods for pursuing a book deal, and the best practices for leveraging published content to build brand awareness and market business within the social media sphere.

The panel will wrap up with the opportunity for designers to network, meet and greet with the expert panelists, and win memorable giveaways and Taylors gift certificates. D Magazine Partners is pleased to announce that Jessica Otte has joined the company as executive editor of D Home and D Weddings.

No stranger to the D family, Jessica previously served as managing editor of D Home and D Weddings from 2013-2015. Prior to that, she helped launch D CEO as managing editor from 2006-2008. For five years, she was the entertainment and celebrities editor at American Way, the in-flight magazine of American Airlines, and most recently was a senior copywriter at Fossil Group. Her wide-ranging experience all centers around one thing: a love for telling stories. Acclaimed Interior Designer and trailblazer, Michelle Nussbaumer, is consistently named among the top designers and tastemakers in the country. Her projects and designs are frequently featured in the pages of leading national and international publications including House Beautiful, Elle Décor, Veranda, Architectural Digest, Marie Claire and German Elle Décor.  With offices based in Dallas and Switzerland, Michelle’s interiors combine a fearless use of color and reflect an eclectic, yet timeless mix of bold patterns and influences from around the world to create her unmistakable signature style.  In 2009, she was honored as one of Elle Decor’s ‘Five Leading Women in Design’ and one of her projects was named one of Veranda’s ‘25 Most Beautiful Rooms’.

Globe-trotting Nussbaumer, channels her style and inspiration from the places she has lived and traveled such as Italy, Asia, Mexico, Switzerland, Morocco and India.  Elle Décor has called her “a fearless style monger known for her dizzying trove of antiques and signature line of furniture and lighting”.  Nussbaumer’s Dallas showroom Ceylon et Cie is home to her furniture collection Ceylon et Cie Portfolio, her eponymous Michelle Nussbaumer Fabric line, and celebrated Rock Candy line of jewelry, jewel-encrusted boxes and trays.  A collection of 18th, 19th and 20th century antiques and textiles are also showcased from her exotic travels.

Michelle has collaborated on various projects including wallpaper with Gracie Studio, Mexican glassware, Delft tabletop, a Gwyneth Paltrow Goop pop-up shop, plus modern wallpaper with the Newlon Collection. She has developed her own line of textiles, Michelle Nussbaumer Fabrics (a modern interpretation of classic ikats and indigenous patterns and prints) with Design Legacy and a new line launching in 2019 with Vervain. Michelle’s travel and design blog “Dreaming in Color” and her design projects are the inspiration behind her newly released book, Wanderlust – Interiors that Bring the World Home with Rizzoli Books and she is currently in the process of working on her new book about Mexico. Every month, Jamie Laubhan-Oliver finds locations, builds sets, casts models, styles photo shoots, and designs layouts for the pages of D Home and D Weddings. But that’s not all—she also concepts story ideas, scouts trends, and oversees the editorial direction for both titles. Jamie has served as the creative director for D Weddings and D Home since 2007. Last year she added editorial director to her title. During her tenure, her work has been nominated for several Ozzie awards and multiple honors from the City and Regional Magazine Awards (CRMA). In 2013, her work on D Moms won Best Design for New Magazines. When she’s not on set or at her computer, Jamie enjoys re-designing her own home, which has been featured in Rue magazine and Inside Out magazine, as well as HGTV online. Molly Mathias is the co-owner of Magic Hour, a vintage and handmade store in Oak Cliff. Molly started her career as an accountant before finding her true passion in hunting for vintage furniture and interior design. Molly and her mom started selling vintage online through Instagram, but quickly outgrew their own garage. They opened Magic Hour in April 2018 to bring handmade and vintage furniture, home goods, clothing, jewelry and apothecary to Dallas shoppers. Molly also is an interior decorator and realtor.

Attendees will hear the latest tricks of the trade on how to get their work published and how to best market their published content directly from our talented panel comprised of leading designers, digital mavens, and experienced editors.

RSVP required. You can RSVP here. 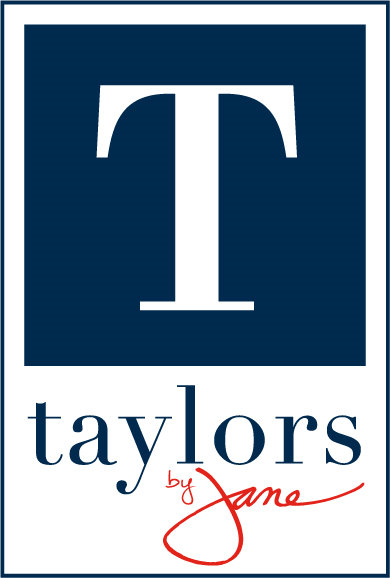